Looking for early August release (as it goes through content edit; first and second edits; and proof reads); but I'm so excited and wanted to share a sneak peek with those who loved Bet you can't...Find Me. Watch the blog as I actually have 2 covers I love and I'll be letting my readers pick the final choice--with one lucky entry receiving a nice gift card to Amazon and one to Barnes and Noble, as well as some autographed copies of the new book. 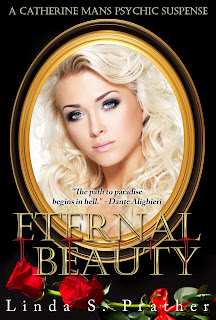 “One more, sweetheart, and we’ll be finished.” He folded her hands across her chest, prayer-like, delicately arranging them to hide the missing fingers. “That’s perfect.”

The camera flash lit up the darkness for a moment. He crouched beside her, gently brushing the blond hair away from her face. “You can rest now. Your memory is forever preserved.”

He placed the small digital camera in his pocket, stood, and reached for the tape recorder. A light breeze swept over the bow of the boat, and he closed his eyes, listening to the sounds of her screams as they rose and fell. Desire swelled deep in his groin, intensifying each time a scream would peak. He licked his lips, yet he denied himself the pleasure of touching, the sweet beauty of release. Later, he could watch the video, study the photos, and listen to the tape to relive the excitement. Perhaps then he would allow himself the ecstasy of release, but only if it didn’t cheapen her memory. At the moment, it was enough to just enjoy reliving the feel of the scalpel in his hand and the rush of pleasure as he severed the muscles one by one.

He glanced at her hands still delicately folded across her bosom. He’d had to discipline her. But she’d learned quickly, and only two fingers were missing, which did nothing to diminish her perfection. And she’d been so perfect—her beautiful eyes the perfect shade of blue. That was why he’d kept them. If the process worked, he would use them. If it didn’t, he knew where to find an identical pair.

A feeling of remorse washed over him as he reached for the Ziploc bag housing the remnants of his first experiments. Although each had been beautiful in her own way, there had been no ceremony, for them. A simple flip of a switch and the cargo hold had opened, expelling the cold, stiff bodies. They were not worthy of a starring role, but their lives had not been totally in vain, not as they would have been had he not taken them. Although they would hold no place of honor on his board, he had immortalized them. They would be remembered.

Holding the bag over the side of the boat, he whispered, “I cast your eyes to the ocean.”

He watched the white orbs as they flipped and floated on the waves. The screams began to taper off into whimpers as the sun crested the horizon. He rolled the body to the edge of the boat, wound the rope around it, then secured the massive stone to the corpse and lowered the special-made railing.

“You, my darling, have the starring role in Act One.” With a smile, he pushed the bundle overboard. “I cast your soul to the sea.”

He recited the verse he’d memorized for the occasion. Just for her. “Do not be afraid; our fate cannot be taken from us; it is a gift.”

She was the first worthy of holding a place of honor. Her fate was assured in the annals of time and history. She would always be remembered as the first Eternal Beauty.

Dawn was approaching quickly, but there was still time. Wiping his hands on his pants, he sat and reached for his journal.

How I wish you were here beside me now to share our moment of triumph. We have our first, and although her beauty mirrors your own, it will never surpass it. Act I is now complete, and soon, Act II will begin. I’m sorry I ever doubted you, my darling. You were right, of course. The true beauty of life is art. And art must be shared to be appreciated. I will blaze a path around this world, seeking only those worthy and preserving them for all time. Soon, the world will know your name, and all the world will know your beauty. You, my darling, shall be revered as the most beautiful of them all, and you will always be remembered.

Standing, he lingered at the rail, watching where the long blond hair had sunk beneath the water. The boat rocked slightly as his heartbeat quickened, his hands growing sweaty. The tension was nearly unbearable as he waited in anticipation. The recorder paused for a moment of silence before her voice filled the night.

Posted by Linda S. Prather at 5:08 AM No comments: