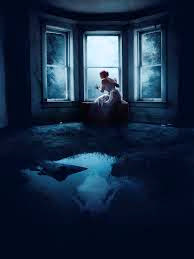 Trapped – that’s what she was whether she liked it or not. #Quote M.A.Comley Evil in Disguise

She dreamt of faraway beautiful places with a faceless man who treated her like a princess. #Quote M. A. Comley Evil in Disguise

Posted by Linda S. Prather at 6:21 AM No comments:

Coming soon! Hopefully in October - Beyond A Reasonable Doubt

Jenna scanned the courtroom, anxious to get started and get it over with. Closing arguments were the part of her job she loved the most, and the part she was good at. The evidence had all been presented to the jury. Next, the defense would weave their story, shining a different light on the proof and twisting testimony in the hopes of creating doubt. All they needed was one juror. Her job was to make sure they didn't get that—to close all loopholes and leave the jury with only one choice: Travello was guilty beyond a reasonable doubt. She'd practiced her closing argument, and she was ready.

Her gaze fell on Aran Travello. He grinned at her, causing a deep, nagging feeling to gnaw at her gut. She shook it off. The evidence was all in her favor. No jury in its right mind would find him innocent.
Grant Benson slid into the seat beside her and handed her a file. “Here's the PSIR."

Jenna scanned the presentencing investigation report, her eyebrows knitting together. Travello's previous crimes included everything but murder, and most of the crimes were nonviolent. "Damn it, there has to be more, something everyone missed."
Grant smiled, showing even, white teeth. "Patience, you’re showing your true colors.”

Jenna laughed and closed the file. Her father had wanted to name her “Impatience,” but her mother had balked. Two months early and weighing only two pounds, Jenna Patience James had burst into the world with gusto, screaming and kicking and fighting for life—just as she’d been doing ever since.

A quiet hush fell over the courtroom. Jenna turned, watching as Conrad Merced sashayed through the doors. She heard the quick intake of Grant’s breath as a blinding pain started just behind her right eye.

“What the hell is he doing here?” she whispered. “There’s no damn way Travello could afford to hire him.”

Jenna rubbed her right temple, soothing the pain as she continued to watch Conrad stroll down the aisle. He always reminded her of a clown, dressed in a dark-blue Armani suit, bright-red bowtie that matched his flaming-red hair and, of course, his trademark white shoes. Travello couldn’t even afford the shoe shine.

Grant shrugged and stood up. "Don't worry about it. I'd say you've got this one in the bag, even with Merced on his side."
Jenna raised an eyebrow. Grant was the new law clerk at the DA's office and had yet to try his first case. He had no clue just how many things could go wrong in a trial, especially a trial with Merced. His confidence in her ability wasn't exactly comforting.

Jenna continued to rub her temple as she slipped her feet into her three-inch heels, which gave her a respectable five-foot-five-inch height. Going up against Merced, even that felt short. Why hadn't Michael told her Merced was entering the case? She glanced to the back of the courtroom, and he shrugged, his lips lifting in a sympathetic smile.

Merced stopped at the prosecutor's table and dropped a motion in front of her. "There's been a slight change in Mr. Travello's representation. I'll be doing closing arguments. I hope you won't object as I'd hate to see a mistrial called on a technicality."

Jenna glanced at the motion. Merced knew damn well she wanted to object. Under other circumstances, she would have objected. Conrad Merced had never lost a case. Well, today wasn't going to be his lucky day. Pasting on her sweetest smile, she met the stony black gaze. "No objection, counselor."

She took some pleasure in the knitting of his bushy brows as the bailiff entered the room.

Jenna continued to smile as she stood. Merced was known for his courtroom drama, but Carter would squash him like a bug if he started that.

Jenna held her smile as she stood before the bench, meeting the judge's sympathetic look. Damn him, he'd buried her already.

"Miss James, I have a copy of Mr. Merced's motion, do you have any objections?"

"No objections, Your Honor."

Carter eyed them both over his glasses. "All right, counsel, you may proceed with closing arguments. Mr. Merced, there will be none of your usual shenanigans."

"Strictly by the book, Judge. If Miss James has no objections, defense will go first, alleviating the need for rebuttal by counsel."

Jenna eyed him warily. Clearly, he had something up his sleeve. "No objections, Your Honor."
Jenna returned to her seat as Merced addressed the court. The gnawing feeling inside her gut grew to almost a physical pain as she listened to him go over the evidence, creating loopholes that could, if believed, create a reasonable doubt in the jury's mind. Fortunately, the loopholes were minor, but Merced's lack of courtroom drama and droning voice created a new fear inside her. Was he setting up an appeal defense for incompetent counsel?

Jenna stood and walked around the table.

"Your Honor, counsel, ladies and gentlemen of the jury, you've heard the testimony. The evidence is clear and precise. Mr. Travello not only butchered but reveled in the death of a homeless immigrant. All for a bottle of cheap wine." She knew her blue eyes were flashing as she delivered condemning words with precision. She didn’t flutter or wave her hands at the exhibits. Instead, she gripped them as weapons, walking slowly in front of each juror as she met their eyes, dropping her voice and making it soft and sensuous. “Perhaps Mr. Travello thought no one would care. Ladies and gentlemen, I care. This was someone’s son. Someone’s father. Someone’s best friend.”

Michael Elkins took his gaze from the jury for just a moment to admire the young woman delivering the scathing closing argument. She wasn't as pretty as the women he normally dated, but she was cute, and eventually he would change the things he didn't like. He studied the black curls that surrounded her face, already beginning to frizz on the edges. His gaze traveled down the slender frame. The breasts were a little too small, but implants would take care of that. He sighed. Her legs had almost become a deal breaker. He liked them long and shapely. Unfortunately, there was little he could do about her height.

He shook his head as the jurors averted their eyes from the gory picture she held in her hands. She was one of the best prosecutors in the state of Texas, and in another year to two, she'd be the new district attorney. That made her valuable to his career, which was all that really mattered in a relationship.

Shrugging his shoulders, he met the gaze of his partner, Scott Harman, who had taken his place on the case when Jenna was assigned as prosecutor. Their relationship wasn’t exactly public knowledge, but there was no way he would risk his career for a lowlife like Travello. He'd known Travello was guilty the first time he talked to him. He didn’t need to stay to hear the jury’s verdict. Travello had lost the second she dropped her voice and whispered those soft words, “someone’s son... someone’s father... someone’s best friend.”

He turned his attention back to Jenna. She was going to be pissed that he hadn't told her about Merced. Of course, he could feign ignorance. Scott had called him last night to tell him Merced was doing closing arguments. He hadn't asked why. Truth be told, he didn't care one way or the other. If Jenna won, he would take her for a celebration dinner. If she lost, he would console her.
Rising, he caught her eye as she returned to the prosecutor’s table to wait for Judge Carter to deliver the jury instructions, then to wait longer for the verdict and, if he was found guilty, sentencing. He caught her subtle wink, the slight lifting of the corners of her mouth.

Michael raised his hand, running his fingers through his thick, blond hair in a silent salute as he headed for the courtroom door to answer the cell phone that had been vibrating incessantly for more than five minutes.
He cleared security, heading for fresh air and a much-needed cigarette before he returned the call. The Honorable William Jefferson Elkins had summoned—six times. He wasn’t going to be happy about Michael’s refusal to answer the phone, even if he had been in court. Lighting a cigarette, he took a deep drag and scowled. His father hadn’t called him in over six months, and now he’d called six times in the space of a half hour. Hitting the Redial button, he threw the unfinished cigarette into the street.

“Maria, it’s Michael. My father has been trying to reach me.”

The silence on the phone was deafening, and Michael felt the first tremors of foreboding.

“Hold, please.” The words were whispered with an underlying note of compassion and pain.

“Where the hell have you been? I’ve been calling you for hours.” Judge Elkins bellowed into the receiver.

“I’ve been in court, dad.” Michael didn’t bother to correct him that it had only been a half hour. No one ever corrected Judge Elkins—at least, no one that still had a bar license.

Posted by Linda S. Prather at 6:51 AM No comments: