Having read all the horror stories about the mortgage crisis of 2008 and 2009, all the Consent Orders and lawsuits with all the fines paid, I thought perhaps this was a thing of the past.  Until they foreclosed on my son during a divorce.  That's a long story that maybe he'll share someday.  But in looking over his documents when finally produced I decided to check the signature on the Affidavit and notary.  What I found isn't set in stone, but it does beg to ask the question--is JPMorgan Chase still robo-signing documents?  I'm not a document expert, but I don't think you have to be to look at these signatures and know they weren't signed by the same person.  I pulled the documents off line so anybody can look at them, they're public documents.  What do you think?  The first is a letter actually signed by this lady that I found on line.  Doesn't match any of the signatures does it?

A good document expert could probably testify that no these weren't signed by the same person, which clearly means that the notary oath wasn't administered and the person signing the affidavit didn't appear in front of the notary--which you would think should legally make the document a fraud.  Just like it did in 2008 and 2009.   Document experts cost money, as do attorneys, and most people can't afford that.  And unfortunately most lawyers can't take a case they can't make money on.  They have bills too.  It's why thousands of foreclosures make it through the court without anything being done to enforce the laws supposedly made to protect those homeowners.  But until the government agencies that make the laws enforce them in a way that stops this from being done, homeowners will always suffer.  Don't get me wrong, I believe a bank has the right to collect the money it's due.  But if you research the cases you'll find that the person suing isn't always the person that's owed the money.  Yes, those servicing loans can sue you if they have the authority of the person who is owed the money, but can they work loss-mitigation with you if they don't have authority?  Can they make you an offer to settle and then say, oh, we're sorry our investor denied that.  Bring MERs into the picture with incomplete assignments, unrecorded transfers and bad title issues and you have a real mess.  A mess that should have gone away in 2008 and 2009.  But from the documents I'm looking at it's still here.  Why?  Why if you have a legitimate loan, legitimate lawsuit, the person really owes the money and are in default does any bank, corporation, or association need to that?  They make billions, can they truly not afford to hire enough employees to make sure things are done right?  Can they not afford the $13.50 filing fee when a note or mortgage is sold or changes hands and by state law must be recorded?  Surely they can.

According to the 14th Amendment to the US Constitution you have certain rights, including: 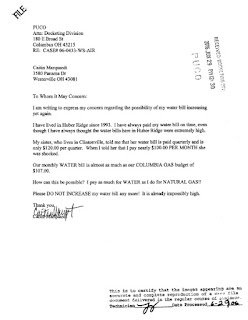 Posted by Linda S. Prather at 8:35 AM No comments: