Why a legal thriller? The story behind the Jenna James Legal Thrillers

Some of my fans have asked the question: "Why a legal thriller?" My former publications have all had a paranormal aspect of dreams and psychics, except for my one venture into a romantic suspense.

Most authors write about things they're passionate about. Whether it's love or murder. You have to have a certain passion for your characters, your plot and your solutions. Taking us back to the first writing instruction: Every story has a beginning, a middle and an end. The rules of writing have changed, and we see many novels now that don't have an end but merely lead us into the next installment. I haven't been able to do that yet. With series I lead my characters into the next installment, but I try desperately hard to conclude the current plot in the current novel.

So back to my original question, "Why a legal thriller?"  I love shows like Criminal Minds, Blacklist, Castle and some NCIS. Blue Bloods has also become a favorite this year. And I'm becoming just a little bit of a Daredevil fan. Most of these shows elicit a different type of emotion related to criminals and justice. Red in Blacklist clearly has to be one of the worst criminals of all time, and yet we love him. We love him because somewhere inside there's a goodness he doesn't show very often.  We watch the profilers on Criminal Minds and occasionally they show their emotions, pushed to the limit of what they are able to bear. We connect with that. Daredevil brings out the vigilante hidden inside all of us. The need to make a difference. The desire to protect those who can't protect themselves.

I've worked in and with the judicial system for almost twenty years now. I started as a legal secretary, answering calls and typing up complaints, and all the documentation necessary to make a case or defend a case. I went into this career with a somewhat jaded opinion of lawyers, judges and the court system. Over the years I found much of that opinion was wrong--but it didn't make me feel any better. Morality had no place in the judicial system. Sure, you could show the character of a witness, but the truth is the only thing that matters is the law on the books, or what the courts call precedent law. Cases that have been won and Supreme Court decisions have been published. This is what the Judge will rule on, and the instructions that will be given to a jury that they must base their decision on. One of the things I did love about my job was research. Research makes all the difference in a case. And I loved the minds of some of the attorneys I worked with.  How could they possible remember laws written fifty years ago?

I moved from legal secretary to court official stenographer. This was my first introduction into the criminal system that tried and prosecuted crimes. I once again went in with a jaded opinion of defense lawyers. I asked myself how they could defend someone guilty and do their very best to get them off. I learned that many criminal defense lawyers are not hired to do the job, they are court appointed to do the job and have no choice in the matter. Regardless of their personal feelings about their client's guilt or innocence they have to do the job the same way as if they had been personally hired and knew their client was innocent.

It was in the criminal system that I learned to become frustrated, angry and found myself many times unable to sleep at night. How could we simply declare a mistrial on such a minor technicality as the prosecutor forgetting to turn over a document? How could we let a murderer walk out of that courtroom free to kill again? How could someone who had broken both their child's legs, spent a year in jail for their crime, come back out and take that child from the parents who for over a year had nurtured and loved it, helping it heal? I learned that witnesses were protected by law so that they could lie on the stand without any penalty or fear of perjury charges. I learned judges could overrule a jury verdict. I worked for some truly great judges, who would never done this, but they do have that discretion.

We see a lot of police shows on TV, and we wonder at times if they're true. Do the police really browbeat witnesses into giving false confessions? Having worked with local law enforcement on some murder cases, watching witness interviews I have to admit there are probably times that occurs. Usually when the officers know the witness they're interviewing is lying or committed the crime, but the evidence won't hold up beyond a reasonable doubt.  I followed a case where a 16 year old had bludgeoned a family member with a hammer. There simply wasn't enough evidence to convict him. The officer investigating the crime knew he was guilty and he never gave up.  Three years later the young man bragged about it at a party.  Gave information that only the killer could have known. What he didn't know was the person he was bragging to was a police informant put there specifically to wait, watch and eventually get the evidence they needed to convict him.  So there is good and bad with all branches of the judicial system and all branches of law enforcement. Nothing is ever truly black and white.  There are far too many grey areas.

In real life there was nothing I could do about my frustration, my anger, and desire to see justice done. I started the Jenna James Legal Thrillers because I wanted to have a prosecutor who would stop at nothing to get her man or woman. I wanted police officers who never gave up, and I wanted bad guys that were some of the worst I've seen. And I wanted those bad guys brought to justice.  There are many times that a deal is made to let a criminal go for the opportunity to catch a bigger criminal. Right or wrong it happens. I wanted a no-deal prosecutor. Jenna James may have to change some over her career, as she's already changed her opinion on some very bad guys who do very good things.  The one thing that will not change is she will always stand up for what she believes in.

If you're a fan of lots of courtroom scenes and legal jargon, you may not find what you're looking for in the Jenna James Legal Thrillers. However, if you like kick-butt characters and fast paced action, I think you'll like them.  Pick up your copy today still at the introductory price of $.99/99p.

In the last two years I've found myself becoming a true fan of British authors. It took me a while to get used to the differences in both our languages, our ways of saying things and the fact that their law enforcement doesn't carry guns. Having dipped into those waters with NYT bestselling author, M. A. Comley, and thoroughly enjoying myself, I've been searching and finding other British authors and haven't yet been disappointed.

I may be wrong, but I believe this is a debut book introducing DI Kim Stone and her team of detectives. All characters were well developed, and I enjoyed getting to know Kim as well as Stacy, Bryant and Kevin.

Although advertised and popular as a police procedural, this book could easily be classified as a psychological thriller. The reader is introduced to the main character through her memories of a heartbreaking and painful childhood. Memories elicited by the storyline of the bodies discovered at Crestwood, a former girls home. Originally somewhat put off by Kim's blunt, aggressive and seemingly nasty attitude, she grew on me as her character continued to develop and I saw through her shell. I would classify this as a complicated book with lots of characters and sub-plots to follow. Just the type of book I truly enjoy.

If you're not familiar with British slang you may find some passages that may at first confuse you, but the author has written these in a way that it grows on you. The scenery descriptions are also great and made me want to visit those places.

Fantastic plot, well written characters and an enjoyable read. I'll now be looking for more British authors to add to my TBR list.

Join our release event on Facebook for a fabulous release party with hourly prizes including autograph books by the authors. And don't forget to enter our Rafflecopter to win a Mini Ipad.
Facebook Party
Rafflecopter
**(COVERS ON PRINTED BOOKS MAY NOT BE THE SAME AS THOSE SHOWN HERE) 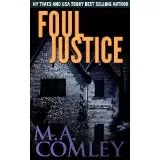 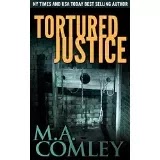 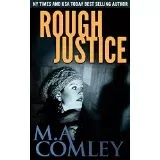 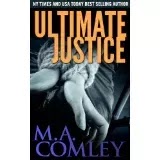 Posted by Linda S. Prather at 9:28 AM No comments:

It's always difficult to review a really good book without giving away spoilers. I've enjoyed every Justice book written to date, but this one so far is my absolute favorite. It's one of those books that you can't help but continue turning pages because you have to know what's going to happen next, but at the same time you're watching the percentage knowing that the book is going to end soon and you just don't want it to. You want to stay here with characters you've grown to love, helping them uncover new clues, and sometimes you just want to reach out and give one of them a hug.

Katy and Lorne find themselves involved in murders being staged as suicides. All the victims seem to be wonderful people that no one would want to hurt. All family men who love their wives and children. When Katy is called away due to a family problem, Lorne finds herself once again partnered with her boss, Sean. The clues are few and far between and eventually lead them to an area that will shock and leave you in tears. I can't say more without giving away spoilers.

An awesome book, wonderful police procedural, and a cast that you'll thoroughly love.

Due to release on 4/17/15, but on pre-order now at the introductory price of $.99. I highly recommend this wonderful book to all mystery lovers.

Posted by Linda S. Prather at 3:55 PM No comments:

Posted by Linda S. Prather at 7:39 AM No comments: