"How far would you go to save the ones you loved?"

Maia heard the words, but she could barely comprehend the meaning. There were a myriad of thoughts racing through her fogged brain. But nothing that made any sense. Your mother is dead.

Strange how those four, horrible words meant freedom to her. Maia never knew her mother’s death would bring with it such intense anguish, pain and relief.

“Did you hear me?” Becca whispered. Maia looked at Becca…well, maybe not at her but through her.

Becca looked around, afraid of being overheard. It was risky to relate such news to Maia, but she thought it was something she should know. She had a right to know she was no longer shackled by the same fear and horror that bound them all to this terrible existence. In Becca’s mind, Maia was one of the lucky ones. “Shh! Keep your voice down,” Becca said in a loud whisper. “So, what are you going to do?”

Maia rose from the frayed and tattered sofa that adorned the dank living space they were allotted and paced to the small area designated as their kitchen. She pulled open the small refrigerator and looked inside. She knew there was nothing inside that would interest her, but it was something to do…something to allow her mind to process all Becca had just said to her. “Nothing,” Maia finally said.

Becca leapt up from the sofa and was upon Maia in a few paces. She grabbed her by the arm and spun her around to look at her. “What do you mean nothing? This is a sad blessing in disguise. You have to take advantage of it. This is your ticket to get out of here.”

“Yeah, and do what…go where? You’ve had this fantasy of leaving for all the years I’ve known you and yet you’re still here. Why haven’t you ever left if you hate it so much?” Maia asked. Her words were curt and harsh, but she was angry. She felt violated all over again and she wasn’t sure she would be able to withstand the pain.

“Are you crazy? You say it as if you’re visiting and deciding if you want to stay an extra day or go home. You’re a slave…a captive. The only thing that held you here was the threat to your mother’s life. Don’t you get it? Your mother’s death is your key to freedom,” Becca argued.

“Freedom to do what? I have nowhere to go. There’s no one waiting for me out there. My own family buried me six years ago. It’s not like I can go now and start a new life. Can’t you see? There’s no place in this world for people like us. We’ll die here,” Maia argued.

~~~~~~~~~~~~~~~~~~~~~~~~~~~~
Review :
I started this book with some trepidation, knowing the subject matter would be one that appalled me, and sickened me. Like most, I would love to turn my head and pretend these things don't happen in the real world. They do. Into Thin Air opened my eyes not only to the reality of the world Maia, China, India and Becca lived in, but to the real life dangers the internet poses to young girls and boys. I love social media, as does most of society today. I love my on-line friends and family. But I will be much more careful in speaking with my grandchildren about the dangers now. More dilligent in educating them not only to not speak to strangers, but also to not develop on-line friendships that their parents don't know about. Social media is here to stay, as are the dangers related to it.

Ms. Maarten takes you deep into the world of sex-slavery, and the lives of three young women who plot and plan their escape. All seems hopeless until when confronted with bringing another young girl into the same horror that has filed their lives, they fight back. Led by Maia they risk their own lives to save each other, a friendship with bonds stronger than blood. You will find yourself on the edge of your seat, reading quickly to turn the page, perhaps chewing on a nail, as you hold your breath, both in fear and anticipation. A gripping read, that you won't want to put down until the very last page, and even then you will be wanting more.
Posted by Linda S. Prather at 5:19 AM 1 comment:

Merry Go Round by Donna Fasano

You don't know a woman
till you've met her in court.
~ Norman Mailer

I started this book one afternoon when I was feeling especially overwhelmed with life and wanted a light, fun read.  I’ve never truly been a Peter Pan fan and being honest in my reviews is important to me, so I will say up front that this isn’t normally a genre I would have picked up and if Barbara wasn’t an on-line friend I might never have read her book.  I’m glad I did, because it took only a few only a few pages to pull me in and get me “hooked”.

Wendy Darlin was a character I could totally empathize with.  An underlying goodness and a big heart that even in the best of times gets her caught up in things she should have avoided.  A dreamer holding on to a memory of a lost love.   And we all know how memories are.

The supporting cast of characters was perfect for this story.   They added not only an aspect of humor, but also helped to round out and lend support to Wendy’s true character and nature.   I have to applaud Barbara in not only choosing a lead character that I loved, but also on choosing just the right supporting cast to both enhance her story and her main character.  The underlying story of the “Lost Boys” definitely piqued my interest and made me want to know more about them.

I’m a mood reader, and normally pick something from the genre of mysteries and thrillers, so I could have gone either way on this book—loved it, or hated it.  If you’re in the mood for something dark and mysterious this may not be the book for you.  However, if you’re having one of those days where you want to just read for pure entertainment, have a good laugh, and your sense of humor enjoys something off the beaten path—I think you’ll love this book.   I will definitely be reading the sequel, London Broil.  And this time not because Barbara’s an on-line friend, but because I read the first three chapters at the end of Wendy and once again I’m already hooked. 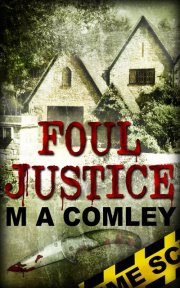 Posted by Linda S. Prather at 6:27 AM No comments:


I read this book shortly after it was published, but recently decided to read it again.  It's one of those books you fall in love with.  You fall in love with the characters, with the story, and from page one find it impossible to put down.  It's almost impossible for me to tell you everything I loved without writing spoilers, which I don't want to do.  Odd Thomas will be forever engraved in my memory as one of my all-time favorite characters.  The character is so well-developed you find yourself living through his eyes.  A bit of mystery, romance, horror and humor all rolled up in one fantastic story.

One of the things I love about Patterson is his storytelling mastery.  His ability to hook me with a character, and a story, that makes me want to follow them wherever they go, and care about what happens to them.  Alex Cross is one of those characters.
I saw Kiss the Girls as a movie several years ago, but I don’t think the movie came close to giving me the same personal interaction with the characters as the book.  Perhaps it’s my own imagination kicking in, or maybe just the fact that the movie characters weren’t the same person I had envisioned.  Either way, I loved the book much more than the movie.
Definitely not your cozy mystery.  If gruesome murders and graphic torture makes you queasy, then you should probably skip this one.   I’ve often thought some of this wasn’t necessary, but these scenes take you into the mind of the killer, making them real.  Out of all the Patterson books I’ve read, I think this is probably my favorite.  The personal interest Cross has in capturing one or both of the serial killers makes him all the more human and real.  He not only needs to get these people off the street, he needs to do it before his own niece becomes the next body he finds.  A real page turner you won’t want to put down until the very end.

Posted by Linda S. Prather at 6:32 AM No comments: