Those who know my family know that myself and my sons have always been dog lovers.  We love them from the puppy stage to old age.  Some were surprised when Coby and I got together because he wasn't a dog lover. In fact, he made it very plain to me that there would be no dogs in our house.  Because I loved him, I agreed for a long time.  Actually about fifteen years.

Two years ago our grandson came to live with us.  He was 4 1/2.  Of course he wanted what?  A dog.  About six months in to our residence Coby took us to see a litter of Shih Tzu's.  There were seven of the cutest little puppies you could ever want to see.  We told Chaz he could pick the one he wanted.  He was in puppy heaven.  He sat down on the floor and while six of them bounced around him one crawled into his lap and looked up at him with those big puppy eyes.  That's the one we took home and Chaz named him Popcorn.  Long story there, but he really wanted a pet named Popcorn. 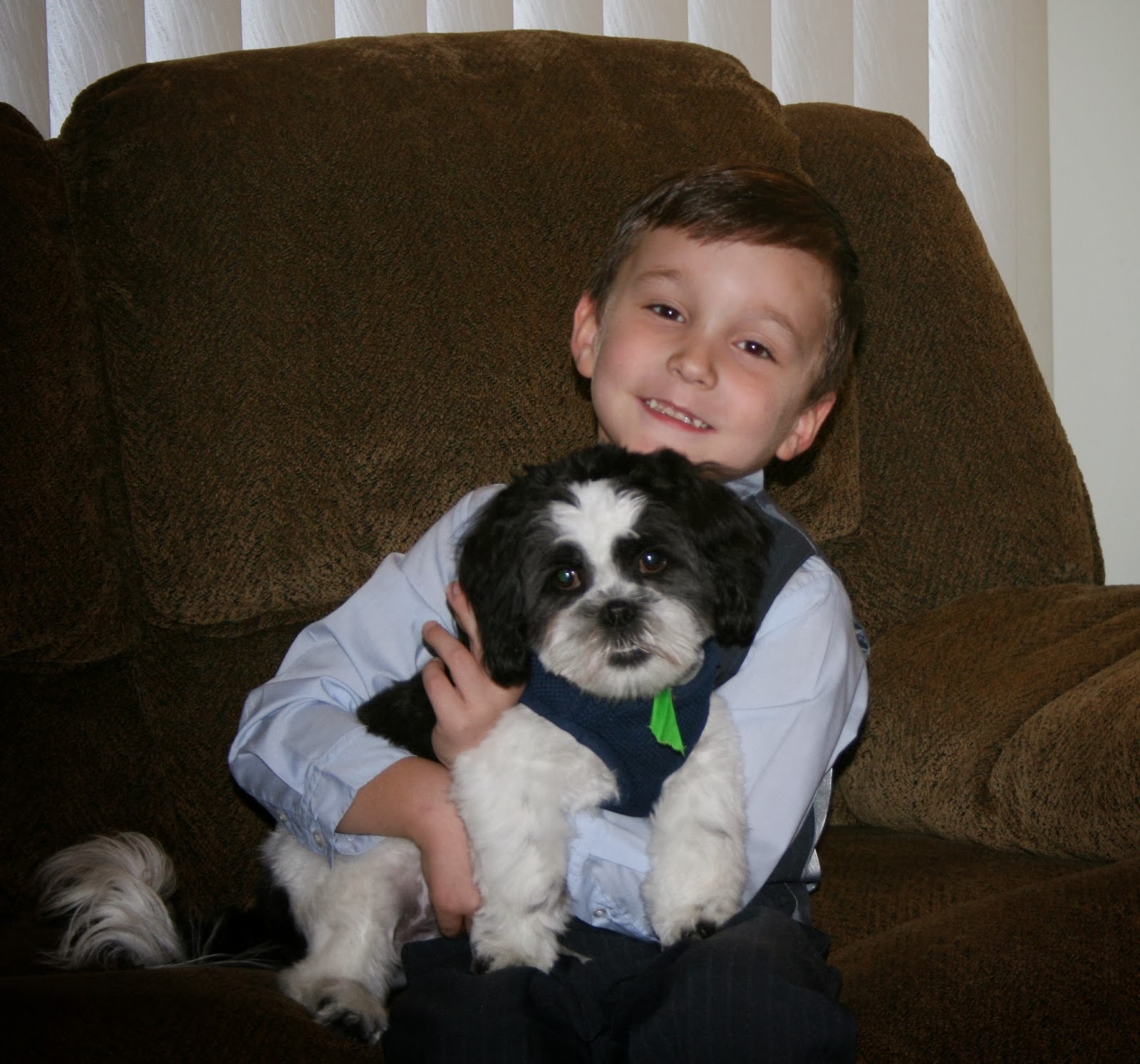 It was really quite funny to watch Coby slowly change from a non-dog owner to totally captivated by this little ball of fur, who has grown a lot since we first got him.  We take turns walking him, and last week on one really cold, snow covered day Coby left with Popcorn for his nightly around the block walk.  I happened to look out the door as they were coming back and Popcorn was nowhere in sight--until I saw this little head sticking out of Coby's jacket.  When he finally got home I asked what happened and he said "his little feet were cold so I just picked him up and carried him."  Oh, does that puppy have him wrapped around his paws, because he loves it outside and he doesn't care how cold or snowy it is.  The more snow the better he likes it.  Truth be told--Coby thought he was cold and wanted to keep him safe and warm.  How sweet!