When Mel and I decided to write a book together, which quickly turned into writing a series together, we never dreamed we'd fall in love with out characters, and that our reader response would be so fabulous.  Today is publication day for Book 2 in the Deception series, and we're thrilled with the response we've received so far from early reviewers. Below is a little snippet from Book 2. 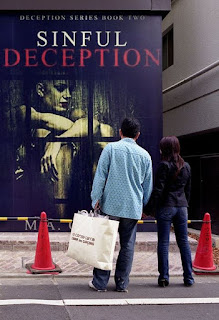